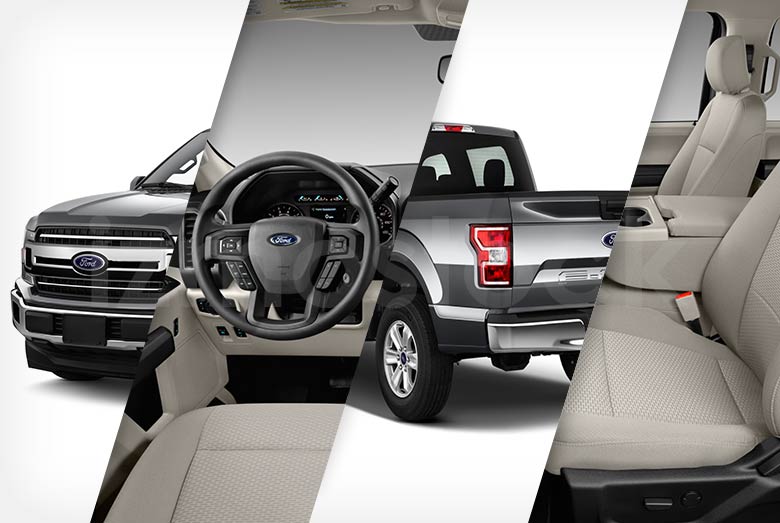 Nothing says Ford tough like their legendary line of trucks – the F150. Coming in as one of their smaller offerings, the 2020 F150 XLT short bed is just as capable and versatile as the others in the pack. 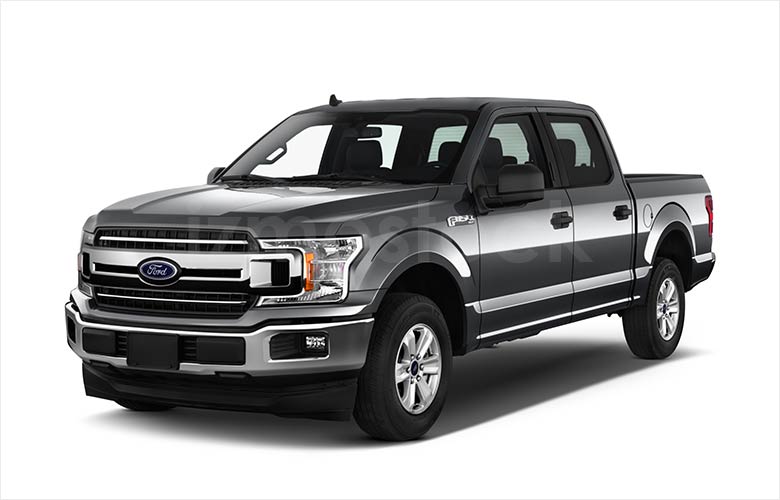 Up front the F150 XLT differentiates itself with a thick barred grille centered with the Ford badge. Matching it in chrome is the bumper which is also home to some plastic protective padding and squared fog-lights recessed in the sides. 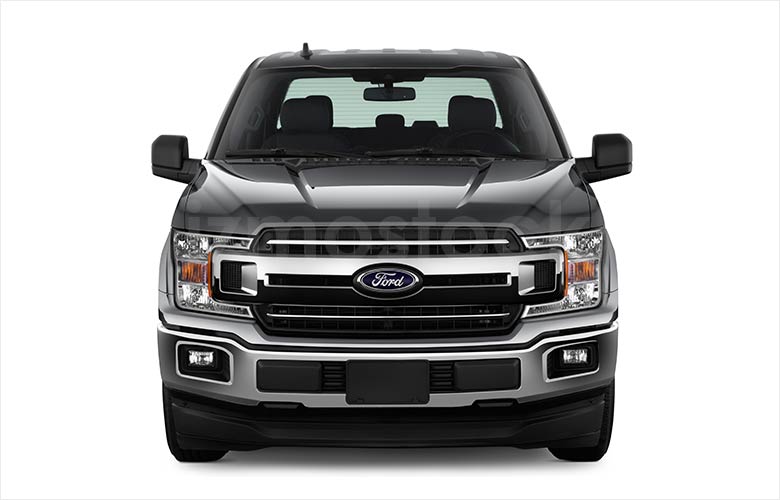 The headlights are Ford’s Latest standard C-shaped halogen elements which provide it a level of serviceability that newer LEDs find difficult. Make no mistake though, the F150 XLT is still a large vehicle and still provides plenty of room to get the job done. 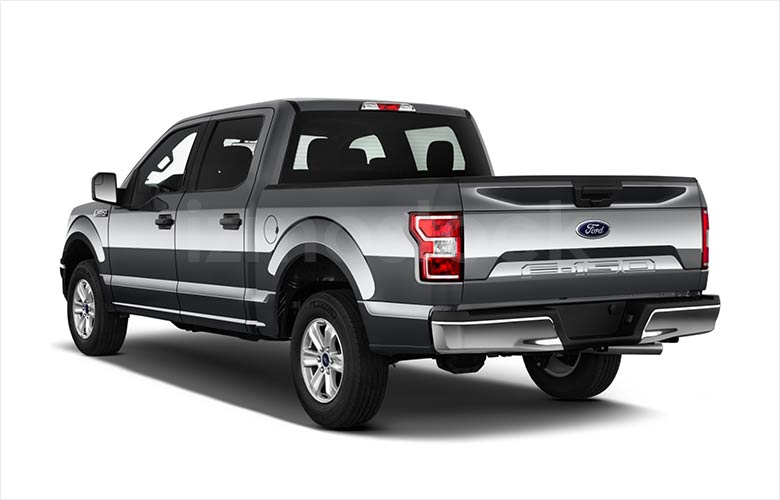 Along its length are extended wheel wells for decreased airflow over the tires which feature heavy duty six-spoked rims. The tailgate now comes with a rear view camera for heightened visibility. With an extra tall tailgate and lowered bumper step, the 2020 F150 XLT provides both an excellent level of carrying capacity and accessibility. The taillights feature a similar shape to the front with white reverse light portion making the most its space with a waved design. 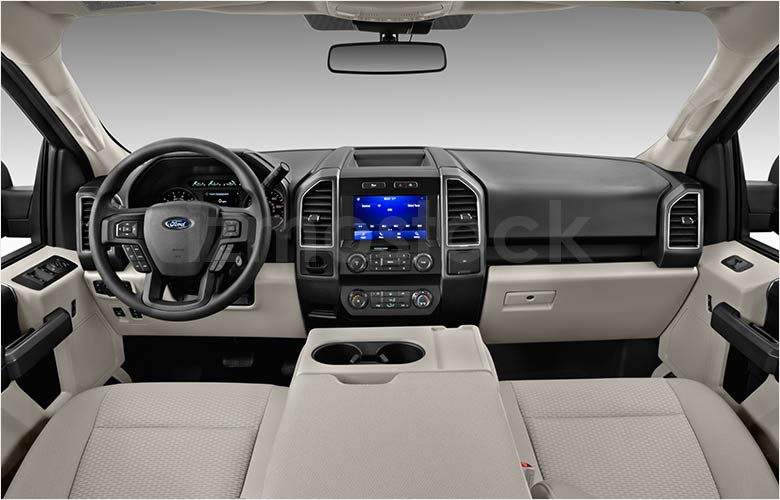 Unlike the Lariat which is the highest tiered model, the Ford F150 XLT has a far more modest interior for those who understand the value of a working truck. Finely textured plastics are matched with a cloth covered bench seat which are long term winners for durability.

The central cluster feels a little small, given the large amount of space in the interior cab, but still provides all the buttons and dials necessary despite the touchscreen system. 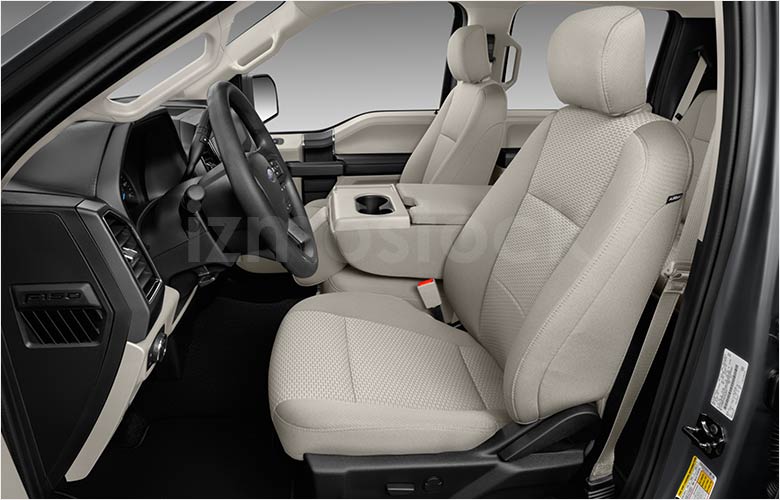 The center seat in the front row doubles as the arm rest and cup/phone holder which is a new favorite addition to the Ford F150 line. Despite some cost saving features, the front seats are still given automatic adjustment controls which pair excellently for comfort when matched with the textured cloth. 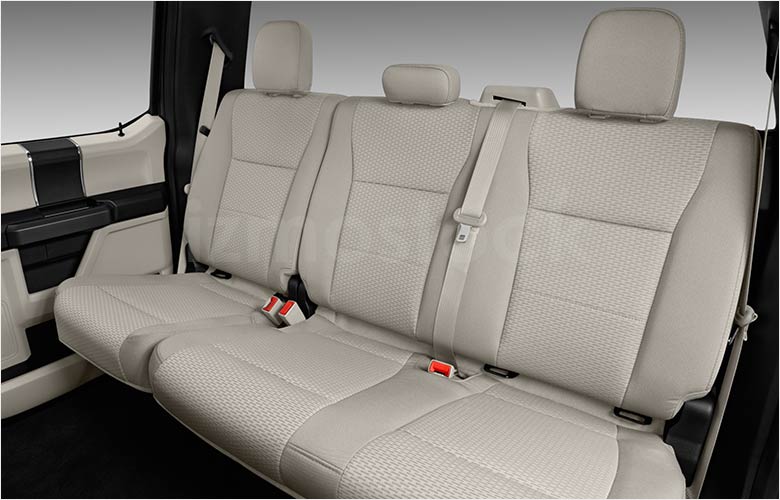 Rear bench seating is a little stiffer than the front. This is mostly due to the thin backing, but also because of the fold-up bench that is split in a 40-60 configuration. Beneath the seats is extra storage as well as the location of the standard emergency toolkit.

With plenty of leg room and the folding bench, the rear is perfect for passengers, cargo, or even a nap during a break, should a hard day at work require it. With a total of six seats, the 2020 F150 is the perfect candidate for getting the boys to the worksite.

Coming in as the runt of the pack by just a hair, the 2020 Ford F150 XLT is as good at delivering payloads as the rest of them. Incapable of compromising on getting work done, the 2020 F150 is your best tool and companion at every job and on every worksite.